A Year with Geoff Nicholson.

In 2013, British novelist Geoff Nicholson turns sixty, and since he’s one of my favourite British authors (and a fellow ex-pat), I’m beginning the celebration early with a pledge to spend a year reading his books. Nicholson is a criminally unappreciated author; I’ve read almost all of his books–parceling them out whenever I needed a Nicholson boost, so for this read-a-thon, most of the books will be a re-read.

Geoff Nicholson maintains an active blog: www.hollywoodwalker.blogspot.com, so when I’m not reading his books, he’s entertaining me with his marvellous blog posts.

Like me, Nicholson doesn’t seem too interested in ‘normal’ people. He appears to find obsessives far more interesting, so it’s no surprise that obsessive behaviour often finds its way into his humourous books. And for those interested, here’s a list of this author’s novels: 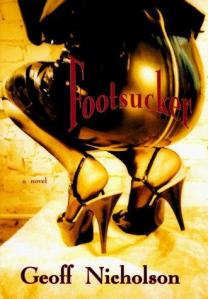 That’s 15 novels and 4 non-fiction books. Now you see why I can’t have a Geoff Nicholson week or month. He deserves a whole year!!! Stay tuned to discover how many Nicholson novels I’ll read over the course of a year as I share my enthusiastic obsession for one of my favourite writers….

27 responses to “A Year with Geoff Nicholson.”