The Death of the Author: Gilbert Adair

Gilbert Adair’s Love and Death on Long Island  features a reclusive author who fell in love with an American heart-throb, and after enjoying this dark tale of obsession, I turned to Adair’s The Death of the Author. This book also features another middle-aged, bachelor author, but this time it’s Leopold Sfax, a man whose egomania exceeds even that of Giles De’Ath in Love and Death on Long Island. Giles De’Ath looks positively humble and congenial next to the malignant Leopold Sfax, a smug, celebrity professor who is enthroned at New Harbor, one of America’s most prestigious Ivy League schools. Sfax is a philosopher, theorist and critic best known for The Theory–an approach to criticism which has dominated campuses across the country since the 80s. Sfax is “the most celebrated critic in the United States,” and with The Theory applied to literature, “the Author was to find Himself declared well and truly dead.”

I had demonstrated that it was for the text to ‘write’ its author rather than vice versa, the presence of a human sensibility somehow embedded with that language, within that text, had at last been understood for what it truly was: an absence, a void. The old and handy pedagogical dichotomies, the so-called binary oppositions that had once served to authenticate the truth and completeness of the Author’s interior universe–identity and difference, nature and culture, self and society–had at last been reversed or dissolved.

The book opens with Sfax meeting Astrid, a “flickeringly brilliant if too conventionally focused” former graduate student, who tells him she plans to write his biography. Sfax, our first person narrator, is obviously not thrilled by the proposition and tells her that he will cooperate but that she will not ‘get’ him–that no one ever has. Perhaps that reaction isn’t too surprising from a critical theorist, or is there something else afoot? Something far more sinister? How much of Sfax, paradoxically, lies in his theory?

I proposed that, again, in every text, there would fatally arrive what I called an aporia, a terminal impasse, a blank brick wall of impenetrability, an ultimatum of indetermination, when its self-contradictory meanings could no longer be permitted to coexist in harmony and its fundamental ‘undecidability’ would undermine for ever the reader’s most fundamental suppositions.

Following the meeting with Astrid, Sfax begins to tell his own story, and yet even as the narrative of reinvention flows, holes appear in Sfax’s past–his life in France during the Occupation, the disappearance of a friend, his decision to move to America with “its bright patchwork of opportunity, its whole candid candied hugeness,” his humble beginnings in a book shop and his leap into academia with “the chance to no longer toil in some obscure store, handling other man’s books the way a bank teller must handle other men’s money.” 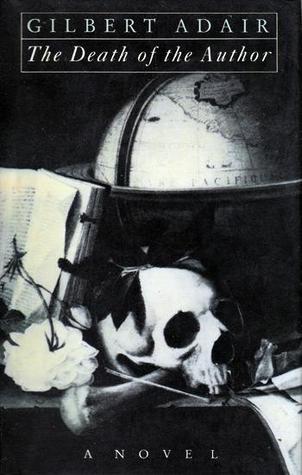 That’s as much of the plot as I’m going to discuss of this slim novel of 135 pages, but I will say that if you enjoy novels about campus life and academic skullduggery, you should try this novel. Obviously Gilbert Adair has fun here (referencing Barthes) with this tale of university competitiveness, backstabbing academics and the unassailable qualities of dominant theories that hold academic disciplines in thrall. Even Giles De’Ath from Love and Death on Long Island is mentioned here in a passing reference to being an advocate of the Theory.

Adair, who breaks through that fourth wall, has a marvellous way with words which trickles down through his insufferable, snotty narrator. Here’s Sfax’s great enemy in the department, a hapless, harmless fellow named Herbert Gillingwater:

a kind of Peter Pan in reverse, never known to have been young. Indeed, his mousy nicotine-stained moustache and frankly sepia beard impressed one as older even than he was, deeply unappetizing hand-me-downs from some ancient parent; and it was claimed of him, an old maid of a bachelor, that if the striation of the corduroy suits he wore in all weathers looked as raggedly corrugated as it did, it was that he would freshen it simply by plunging it every six months or so into a sinkful of boiling water and detergent.

21 responses to “The Death of the Author: Gilbert Adair”