The Governess and Other Stories: Stefan Zweig 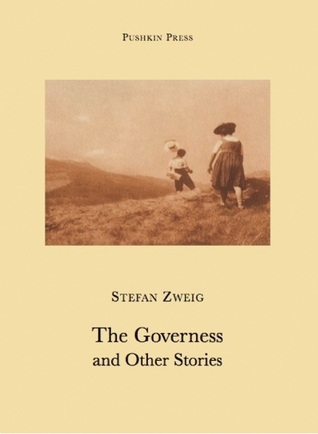 Did He Do It? started out very promisingly indeed. The story is narrated by the wife is a retired government official. They spent their lives in the colonies, and deciding to retire to a small village outside of Bath, they buy a plot of land near the banks of the Kennet and Avon canal. They have a cottage built there, and since there’s not much canal traffic, they look forward to solitude. But of course, their peace doesn’t remain intact for long, and someone builds a house right next door.

Waterweed grows so densely from the bottom of the sluggish, black water that the surface has a shimmer of dark green, like malachite; pale water lilies sway on the smooth surface of the canal, which reflects the flower-grown banks, the bridges and the clouds with photographic accuracy. There is barely a ripple moving on the drowsy waterway. Now and then, half sunk in the water and already overgrown with plants. a broken old boat by the bank recalls the canal’s busy past, of which even visitors who come to take the waters in Bath hardly know anything

A young married couple move in, and while the wife is quiet, self-contained and private, the husband’s boisterous nature grates all too quickly. There’s something off about the couple. Can that be attributed to the mismatch?

Now while the set up sounds good, the denouement is disappointing (and vaguely silly). I can’t say anything else without spoiling the story.

The second piece, The Miracles of Life is an extremely sentimental novella, with loads of religious overtones, about an artist who seeks a model for his painting of the madonna. He ends up finding a young Jewish orphan and persuades her to pose.

The third story Downfall of the Heart is the best of the lot, and if it had been in another collection, I suspect I would have liked it even more than I did. This is the tale of a hardworking man who takes his wife and daughter to Lake Garda instead of following doctor’s advice to “take the waters” at Karlsbad.  He suffers from a number of ailments including gallstones, and during the holiday, he learns, the hard way, how he has spoiled his wife and daughter with the result that that they are ashamed of him and consider him annoying. In some ways, the story reminded me of Bunin’s The Gentleman from San Francisco. Downfall of the Heart is a disillusionment story: here’s a man at the end of his life who discovers, painfully, that he’s slaved and sacrificed for nothing.

In the last story, The Governess, two children try to make sense of the abrupt dismissal of their beloved Governess. It’s a slightly sentimental story, but doesn’t drip with this emotion as does The Miracles of Life. Two children run headlong into the complex world of adult behaviour and morality, and we know these children will only be able to make sense of this episode when they are adults themselves.

So one really good story, one good story and two not so-hot  tales.

15 responses to “The Governess and Other Stories: Stefan Zweig”