In 1958, Feron Hood arrives at the Lovegood Junior College for Girls courtesy of her Uncle Rowan, a lawyer, a man everyone knows and loves. The dean and the dorm mistress make the careful decision to place the troubled newcomer in a dorm room with Merry Jellicoe. The dean surmises, correctly, that Feron, “had been subjected to a wider range of life’s misadventures than our typical Lovegood girl,” and that she “needs a positive, steadying influence.” The two girls could not have a more dissimilar background. Merry is the much-loved protected daughter of wealthy tobacco farmers, and Feron’s mother was an alcoholic who may or who may not have been murdered by her abusive second husband–a man who turned his violence onto Feron after her mother’s death.

So here are these two girls: one whose past is behind a closed door and the other whose natural, sunny optimism cannot grasp how ugly life can be. The two girls hit it off immediately–perhaps because they both bring different characteristics to the table. Feron asks:

Was a person like Merry born with openheartedness, or was it seeded and grown year after year, by the people who had raised her to choose the generous and the true, themselves building on some rich soil of forebears?

But what if you had been raised by disappointed people who were always telling you they had expected a better life than this, who had withdrawn into themselves and took shortcuts with truth when it served their needs?

If one escaped those influences, was it possible to put on a good disposition, like a costume, and practice and practice until no one, except yourself, knew what you had been like before?

Feron and Merry both write creative assignments for English and while they support each other’s writing, there’s an edge of competitiveness from Feron; everything seems to come so easily to Merry. Their life together at Old Lovegood is cut tragically short when Merry fails to return to school after a holiday. The novel follows the trajectory of the two women’s lives, their successes, their losses, their writing, and their shared acquaintances. While they were each other’s best friends in college, strangely they do not keep in constant touch. It’s a friendship that has monumental significance for both of these women with each one acting as a touchstone for the other.

While the novel seems padded at times with the inclusion of various fictional works, and the interminable church service attended by Merry, I enjoyed the rest of the novel. The relationship between Merry and Feron is intriguing and a little odd. Even though the story revolves around these two women, we never really get that close. These two characters hold each other (and the reader) at a distance with (most) major traumatic events arriving via catch-up. It’s almost as though the connection is so deep that they don’t need to keep in touch–that each woman holds a luminous place ( a “reference aura” as Feron calls it) in their respective lives, and yet it’s a friendship fraught with some darker, realistic elements. Feron, a damaged woman who turns her dark past into her books, is the main character here with modest, kind Merry, who once seemed to be the person whose life you would envy,  in the background. The inclusion of some wonderful secondary characters (typical in a good Southern novel IMO) add a great deal to the panorama of the lives of these two women.  An engaging tale of female friendship, and how tragedy and life impact the creative experience.

In Grief Cottage author Gail Godwin describes a place: an abandoned decaying cottage on the edge of an island, but Grief Cottage also has a non-literal presence in the minds of more than one emotionally troubled character. This is the coming of age story of eleven-year-old Marcus, who following the accidental death of his mother, bounces briefly into the foster system before being sent to live with his Aunt Charlotte on a small South Carolina island. Aunt Charlotte is an artist, used to a solitary life, and Marcus, concerned about being underfoot, quickly becomes fixated on the story of a boy about his age who drowned along with his family, tourists staying at Grief Cottage, in a hurricane fifty years earlier. 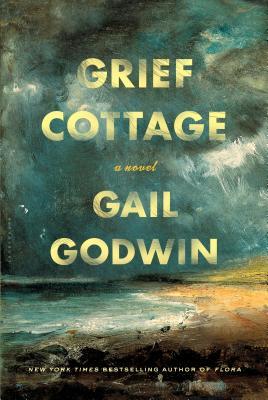 Marcus never knew his father, and his identity, if it’s known, is shrouded in mystery. Gradually Marcus’s history unfolds; it’s a life spent in poverty with Marcus and his mother eking out a living, and Marcus, unable to understand his mother’s sacrifices and concerns, instead feels ashamed of her and their living conditions. Once Marcus’s anguish erupted in rage, and the incident that led to a rapid move, but now the rage is buried and wrapped with guilt and grief.

Aunt Charlotte battles her own demons, and while she makes a good living with painting, she also struggles with her past. It’s not too long before it’s obvious that Aunt Charlotte is an alcoholic, but of course, Marcus doesn’t understand this, and after Aunt Charlotte suffers a fall during a binge, he’s proud to be able to open several wine bottles at once.

Since this is a coming of age story, most of the plot concerns Marcus. Left to his own devices, he’s both fascinated and repelled by Grief Cottage, a picturesque but ramshackle dwelling near the shore. Here, Marcus feels the presence of a ghost, the boy who went missing in the hurricane:

I don’t know how long I sat with my back to the door before I felt a change in the air that caused me to tense up. The tension was close to fear, but not the usual kind of fear. This was a brand-new sensation. The longer I sat there straining to stay alert, the stronger the sensation became, until it felt like something was coming closer. Then something made me stand up, as though I was being challenged to show more of myself.

As Marcus punctures the membrane between the living and the dead, this becomes a story of how we deal with death, dying and grief. This is a languorous melancholy tale, beautifully told with an emphasis on the damage we endure and the fragility of life (underscored by the survival struggles of the loggerhead turtles). Over the course of one summer, Marcus explores the island, connecting with various locals, occasionally constructing relationships in his hunger for a father. Marcus is an interesting child: solitary and thoughtful–although occasionally this thoughtfulness strains credulity even given that this is a tale told in retrospect.