In Stephen Benatar’s New World in the Morning, Sam Groves, married to childhood sweetheart Junie, has two children 12-year-old Matt and 15-year-old Ella. Sam, at age 39, the owner of a second hand shop named Treasure Island, would appear to have the perfect life. He is happily married, his wife loves him, and they live in a gorgeous, roomy home, the former rectory in Deal, a dwelling they both admired in their youth.

A visitor to Deal, an attractive woman named Moira, steps into Sam’s shop. Shortly, after meeting Moira, Sam spends a Sunday with his wife’s large family, and it’s a good look at Sam’s place within the larger family network. It’s clear that Sam feels that he’s been co-opted by the family, and that married at age 19, life passed him by. He didn’t attend university but instead married June, and her parents helped finance their current life. Meeting Moira stirs Sam’s buried resentments and desires while fueling a desire for excitement. The seeming perfection of Sam’s life evaporates as he connives to juggle his stable home life with Moira, who lives in London. 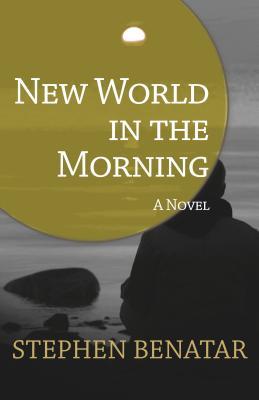 Sam’s a bit young for a mid-life crisis, but in essence that’s what occurs. He starts worrying about his appearance, decides to adopt an exercise regime, and absolutely intentionally sets out to deceive both his wife and intended mistress.

Sam is our unreliable narrator, and so we only see events through his eyes. We have a Kingsley Amis self-absorbed character here–someone who lives lightly while leaving devastation in his wake. Sam doesn’t  consider the impact of his behaviour on others and he selfishly seeks gratification, with no thought about the results of his actions. (For animal lovers, the dog is the first casualty, but this aspect of the novel is well created, isn’t too painful to read and serves to highlight Sam’s egocentric world view.)

Of course there’d have to be deception. But purely for the common good. It was through Moira that I was going to grow and blossom and bear golden fruit: through me that Moira was going to encounter love and passion and fulfillment. And Junie would awake to find an incomparably more thoughtful and devoted husband.

In fact, according to Sam, his infidelity is paramount to a heroic selfless act: “one thing was sure … both of them would benefit. I’d be doing it for the three of us.”

It may seem that Sam sheds his faithful, plodding married life too quickly, but as the book proceeds, Sam’s long held-discontent is evident (he has ambitions to be an actor for example and still imagines that a career awaits). After a row with Junie, it’s clear that Sam’s version of life doesn’t match his wife’s.

Sam’s one sided, self-justified view can be nauseating, especially at the beginning of the novel, but New World in the Morning is elevated to wonderful domestic comedy by its sly humour–all at narcissistic Sam’s expense. While Sam blithely plots a double life, somehow we know that he won’t get away with it. While pretending to visit a old friend, he sails off in a state of euphoria to London, floating on denial, wishful thinking and armed with food from Junie. It’s in London that the plot really begins to take on deeper significance as Sam creates elaborate stories for Moira and his slippery sociopathic behaviour escalates.

This novel checked a lot of boxes for me: the unreliable narrator, dark humour, the easy shedding of a decades long life. Sam annoyed the hell out of me at first, but soon I was thoroughly enjoying his descent and the inevitable consequences. This one will make my best-of-year list.

I read Benatar’s wonderful Wish Her Safe at Home a few years ago.