“Is this where our taste for mystery and squalor comes from?”

Simenon is perhaps best remembered for his Maigret novels, but I prefer the edgy, darker realms of the romans durs (hard novels). I’d like to think that I will read everything Simenon wrote, but according to David Carter, who both translated and wrote the introduction to Three Crimes, this might be an impossible goal. Carter states in his first sentence that Simenon “acquired a reputation for excess,” and Carter gives credence to that reputation by listing some of sheer numbers attached to Simenon’s name: “sexual relations with about 10,000 women,” 19 Maigret novels “in the space of three years,”  “Twenty two volumes of memoirs,” and “scholars still argue about the precise number of books he wrote…at least 230 works in his own name … and a further 200 under various pseudonyms.”

Now I’m no longer sure that I will be able to read everything Simenon ever wrote, but I have a shelf full of unread romans durs ahead of me. And this brings me to Three Crimes–written in 1938, this is a must read for the Simenon fan. It’s not the best thing ever written by Simenon, and it’s certainly not his usual style, but it’s a really important novel for devotees of Simenon who’d perhaps like to gain some insight into what made this phenomenal writer tick. This new translation is dated 2006 and is published by Hesperus Press.

If you’ve read a few Simenon’s romans durs already then you’ve probably experienced that moment of putting aside the novel and wondering what sort of man created these devious little tales. Three Crimes goes a long way to answering that question. The book, which is nonfiction by the way, examines a fairly short period in Simenon’s life. According to Carter, Simenon “considered” the book to be a novel stressing that “nevertheless all the details in Three Crimes come directly from his own experience, including the names of all the characters. The work is novelistic, however, in its evocation and dramatisation of situations and events.”

Three Crimes takes place in Liege, Belgium, Simenon’s birthplace and it’s the story of crimes committed by people Simenon knew well. At 16, Simenon worked in a bookshop as a “colleague” of the unsavoury Hyacinthe Danse, an obese bookseller who “specialised in so-called saucy works” and who coerced under-age girls into sex acts at the back of his shop. Then, Simenon (still 16) became the youngest reporter on a local paper, and this job brought him into the company of fellow reporter, the dandy and pimp, Ferdinand Deblawue. Simenon and Deblawue later operated the small rag, Nanesse, and here Simenon unwittingly became an accessory to blackmail. A few years later, both the slovenly, perverted bookseller Danse and the vain Deblawue became murderers. The book isn’t a mystery–the murders are mentioned very quickly and then Simenon, always intrigued by “the why and the how” of crime goes back over time to detail the  events.

One argument Simenon includes in these pages is that war had a negative influence on the people who endured those years. I’d say that war offers situations for the opportunistic (I’m thinking Dr. Petoit here), and certainly Danse took every advantage of the war. Here’s Simenon talking about his childhood and the merging of crime and anti-German activities.

“They taught us to take advantage of shady corners, to live in the semi-darkness, to whisper. As we could not move around in the streets after such and such an hour of the night, we went to each other’s houses via the roofs, in the moonlight.”

Three Crimes is a strange book, and it goes a long way to explaining Simenon’s psychological make-up and his fascination with the criminal mind. He describes his early life in Liege and mentions Danse and Deblawue often, obviously looking for signs that he missed that these men would murder in the future. Similarities and differences between the two men and their lives are noted frequently. Of the two murderers in these pages, Danse is the most repulsive and the most dangerous. The lumpish Danse builds elaborate fictions about himself, and like a bloated cobra, he both fascinates and repels his victims and acquaintances. 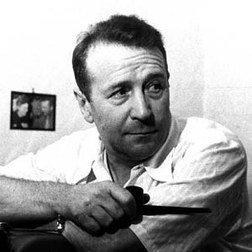 The story has a fragmentary quality–almost as if Simenon jotted down notes with the intention of returning and refining those notes later. The writing is rife with exclamation points and ellipsis (which the translator purposely kept in order to remain faithful to Simenon), and these stylistic peculiarities emphasize  Simenon’s reaction to the events that took place. Simenon still very clearly has a sense of incredulity about what happened; not just that he knew these men–murderers in embryo, but that they committed crimes that included incredible luck. Simenon meditates on the question: “when was it he [Deblauwe] started to become a murderer?” Simenon still seems to feel a sense of shock–even years later, and this brings other issues to the fore–Who is capable of murder? Can we predict the course that leads to murder? These are issues that echo throughout his novels. And then there’s the issue of the victims…why do victims sometimes accompany their own murderer willingly, knowingly….

Here’s Simenon noting the influence of the real-life crimes on his novels and the difference about the real crimes of Danse and Deblauwe and fictional crimes:

“The three crimes of my friends resemble all the crimes that I have related. Only, due to the fact that they are true, and that I know their perpetrators, it is possible for me to write: ‘He killed because…’

Because of nothing! Because of everything! At certain moments I think I understand everything and it seems to me that, in a few words, I will be able to…

But no! A moment later this truth that I touched upon almost vanishes into thin air and I see again a different Deblauwe, and a smiling plump Danse behind his counter, I hear a phrase…Or is it the characteristic lingering odour of the Fakir, which rises up in my throat and I think I am wandering under the lamps daubed with blue in the wartime.

It is impossible to relate truths in an orderly and clear way: they will always appear less plausible than a novel.”

The translator, David Carter argues that the title–Three Crimes–is misleading as it refers to four murders (two at one time counting as one incident). obviously Carter knows a lot more about Simenon than I do, but my interpretation of the title, Three Crimes is this: The three murders committed by Danse, the murder committed by Deblauwe, and the death of Little K. Simenon continually refers to the death of Little K throughout Three Crimes, and it’s an incident that both haunts and intrigues Simenon. On one level no punishable crime has been committed, but a man is dead due to the collective actions of others.

Three Crimes is so intriguing, I bought Simenon’s bio written by the translator David Carter, and I’m really looking forward to reading it. Anyway, if you’re a Simenon fan, then Three Crimes is highly recommended. It’s not his best, but it’s certainly one of his most fascinating.

5 responses to “Three Crimes by Simenon”